The rear SB stanchion had an argument with a Norfolk Island pine branch during the transport to the launch site and lost, it snapped about 200 mm up from the deck after bending 90 degrees. I repaired it by laminating an inner tube in, but to no avail as soon after someone used it to pull the boat in while mooring and it broke above the repair. 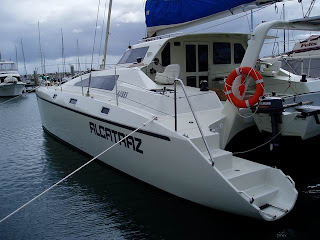 In considering a fix, I took my inability to tension the life lines properly (due to the whippyness of the carbon stanchions) into account and settled on using stainless steel stanchions fore and aft. By returning the aft stanchion to the sloping edge it also functions as a handrail whilst boarding from the marina pontoon.

I was able to tension the lifelines satisfactorily and they will now support my weigth without bending out unduly.

I also provide eyes to clip on my rear safety lines that run in front of the targa and these provide additional lateral support
Posted by Karel Michielsen at 00:18 4 comments:

Day Sailing
In order to consolidate the knowledge gained sailing with experienced sailors I organised several "day sails" with family and friends, where Raina (my daughter) and I were the most experienced sailors. These went without a hitch and provided some unique experiences. 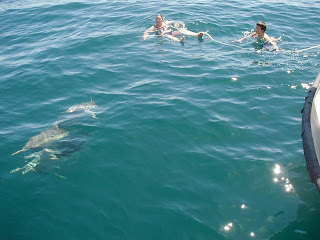 Swimming with dolphins - during a calm spell, it was hot as well, Raina and Steven went for a swim over the back just as some dolphins decided to check us out. They hung around for abut 10 minutes checking the strange ceatures out and doing manoeuvres to demonstrate how agile they are compared to us. At times they were close enough to touch. 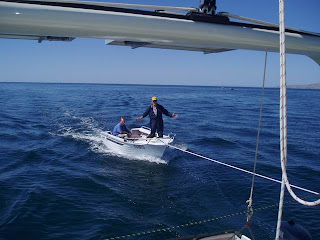 Sea Rescue Service
On the way back to the marine we expereinced our first rescue. A father and son, who'd gone fishing in a dinghy, experienced engine failure and we were happy to give them a tow back to the marina 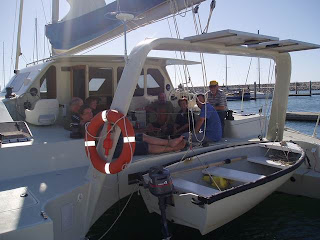 Once we were back at the marina they caught up with us in our berth, to reward us for the rescue, which was declined. We shared a few beers instead. On the subject of berthing, which I have dreaded since the launch, I have found that coming up to the pen backwards is the key as I can turn in, using both motors, no helm, without stopping. It's when you stop the wind takes over and causes problems.

Racing
During the build a recurring dream and subject of discussions during some of the end of week drinks was often the annual Blue Water Classic, the Pt Adelaide to Pt Lincoln race.
This years event was also the milestone that set the priorities for getting things fixed. The major problem, that could have aborted our entry, were the instruments. No matted what I did, I couldn't get them to work and the verdict from the supplier, was inevitably - loose/faulty, connections/wiring. Well after 3 attempts, which included dismantling furniture panels to gain access, to check the wires and each of the connections I gave up, plus I was running out of time. So I made an appointment with the manufacturer's service agent and had to move the boat to Adelaide to get the installation looked at. To cut a long storey short, it was not my wiring or connections, it was the three transducers that were faulty and were/will be replaced under warranty. 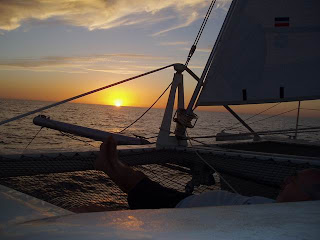 Finding the problem and rectifying it took quite a bit of time and we did not commence our return journey until late in the afternoon.
As a result we experienced our first night sail on Alcatraz, it was quite an experience, doing 12 knots in 22 apparent in the dark leaving trails of luminescence in our wake

The following week we again headed for Adelaide, this time for the race briefing and the start of the race. During the briefing the meteorologist advised that he did not think the record would be broken this time and that it was likely we'd be wallowing around quite a bit off the time. 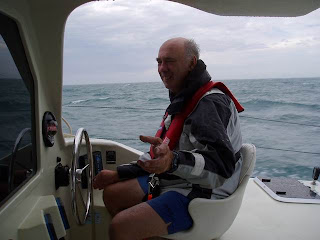 At the start there was very little wind but after an hour it started to kick in, 10 knts + plus from the wrong direction, which meant we had to go hard into the wind and we'd still not achieve our waypoint into the Strait. The wind and waves continued to build and by the time we crossed the Gulf it was 20-30 knts with a 2 m chop, the boat handled it well , the crew were getting bashed up 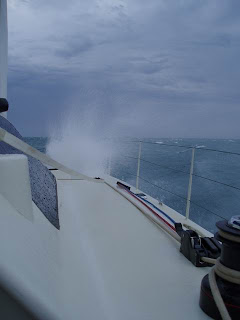 When we got the updated forecast for the Strait, 30-40 knts with a swell of 4-5 m, which is where we'd have to spend most of the night, there was unanimous agreement to retire from the race.
The return to our marina was again hard into the wind, in the same choppy seas, not a very enjoyable experience.


Posted by Karel Michielsen at 23:42 No comments: 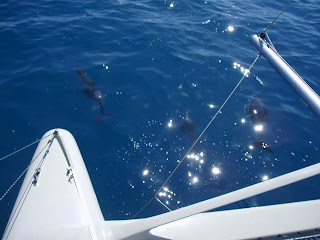 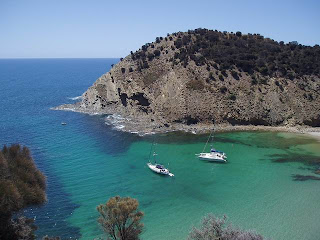 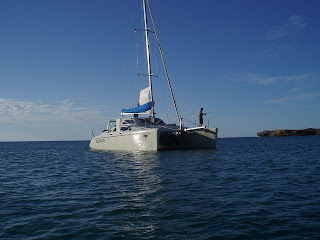 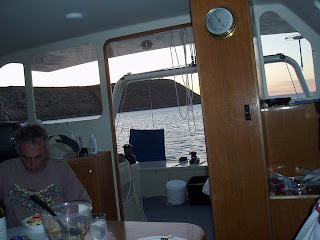 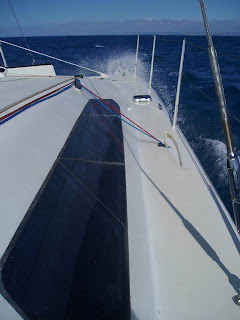 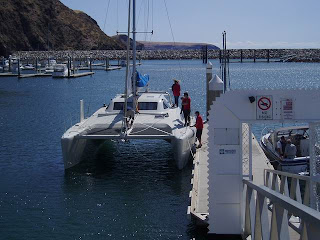 Up till now I had survived on the fuel I had loaded by jerrycan prior to the launch, but after a lot of motoring (400 Nmiles approx. 40-50 hrs) the tanks were getting near empty and it wastime to fuel up.

On this occasion we loaded 100 liters into the day tank from the bowsers at the Gulf St Vincent marina.

Posted by Karel Michielsen at 22:16 4 comments: